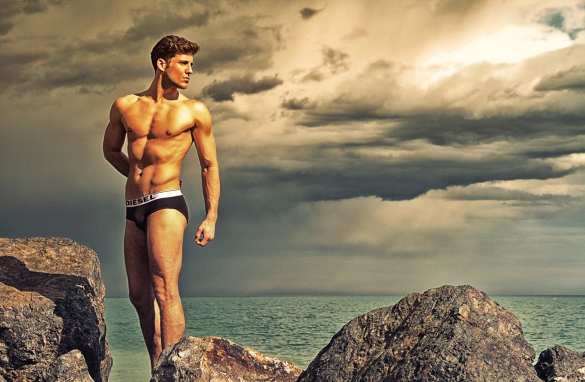 Born and raised in Zurich, Switzerland, the 29 year old Steven Epprecht is an international model, host, and actor.

Upon finishing his regular school time, he went on to apprentice for a swiss bank which led him to achieve the position of a relationship manager. Steven successfully held this full-time position for 6 years, whilst attending the Zurich University of Applied Sciences, completing the bachelors degree in the summer of 2014.

The modelling world opened up to him in 2010, while studying english in Honolulu/Hawaii USA.  Even with 10kg extra weight around his hips, Steven was discovered by a model scout at Waikiki Beach; the desire to become a professional model sparked his interest and he would turn his dream into a reality.

In 2011 he signed with different Zurich agencies and has since been working as a successful model and host. His big break, however, came with the crowing titel of Uniboy in 2012, where he was voted hottest student in Switzerland. This titel qualified him for the Mister Switzerland finals, where he placed 3rd in the 2012 contest, boosting his rank in the model industry.

Upon finishing his studies in 2014, Steven decided to take the risk and place all his focus on an international modelling career. Having already signed with agencies in Hamburg, Munich, Berlin, Barcelona, and Dubai, he most certainly made a right decision on his path as a model.

Extensive experience in photoshootings, editorials, commercial spots, fashion shows, dance shows, showrooms, videos, and hosting event shows are already on his CV. Steven Epprecht loves the creative and distinctive aspect of modelling, and is excited to venture into new projects with future clients.